The village of Fingringhoe has been listed as a village with one of the funniest names in England, but there is much more to this picture-postcard village than that.

Blessed with a traditional village pond and red telephone box, the centre of the village is a conservation area which locals are keen to protect – and which makes it one of the most popular places in Essex to move to. As a leading Chelmsford removals company, Greens have compiled this guide to Fingringhoe. 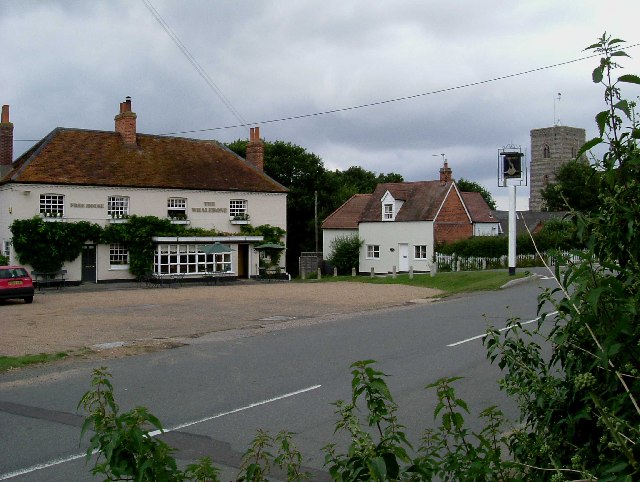 The History of the Village

The name Fingringhoe comes from Old English. The ‘ing’ refers to the people from a particular tribe or location, while the ‘hoe’ means a heel or protruding piece of land. The ‘fingr’ is a piece or finger of land in between the network of rivers and streams – and the Roman River flows close to the village and eventually becomes a part of the Colne Estuary.

The village’s history has been traced back as far as Roman times, when it was a gateway to the country’s provincial capital, Colchester – or Camulodonum to give it its proper name of the time.

The village is five miles south east of Colchester, which has regular rail services to London Liverpool Street and the A12. This road is also one of the main arteries into Suffolk and the rest of East Anglia, as well as to the outskirts of the capital.  There are also bus services to Colchester, Rowhedge, and, if you fancy a day beside the seaside, to the resort of West Mersea, which lies just six miles to the south.

Good transport links are important, as Fingringhoe is largely a commuter village, with many of its residents working in Colchester and London.

Fingringhoe has its own primary school next to the village pond. The school, which is part of the Tiptree and Stanway Consortium, has close links to the nearby parish church. It currently has around 100 pupils. These are split into four classes, and usually there are two year groups in each class.

The village’s parish church of St Andrew is one of the major landmarks. Parts of it, including the north wall, date back as far as the 12th century. Keen historians will appreciate its fine flintwork and the remains of some wall paintings.

The so-called ‘Fingringhoe Oak’ is next to the village pond and close to the churchyard. It is thought to be around 600 years old, making it one of the oldest oak trees in the whole of Essex. Legend has it that a smuggler, highwayman or pirate (depending on which version of the story you believe) was hanged in the churchyard and the tree grew from an acorn placed in the dead man’s mouth.

Fingringhoe Wick Nature Reserve attracts visitors from all over the county and further afield. This 120-acre site on the outskirts of the village has been run by Essex Wildlife Trust for more than half a century. Its wide variety of habitats include saltmarshes, grassland, heathland, lakes and ponds. Bird species to look out for include waders, wildfowl, owls, avocets and grebes, depending on the season. If you want to see them up close, there are plenty of bird hides. There is also a visitor centre and several nature trails, so it is an ideal family day out or the perfect place to get away from it all.

Fingringhoe post office operates out of the Methodist Chapel in Chapel Road three days a week for essential provisions. Chapel Road is also where you can find the village’s Whalebone public house. Its name comes from a locally beached whale, whose bones were once fastened over the pub door.

Many villagers do their shopping in nearby Rowhedge, where there is a Co-op Foodstore, or in Colchester.

If you are considering a move to Fingringhoe, or any part of Essex, Greens Removals are the people to contact. We are a professional Chelmsford removals company and we pride ourselves on offering a first-class service for domestic and office moves.

We can also arrange your removals to other parts of East Anglia, including Ipswich, Cambridge and Bury St Edmunds, as well as arranging moves across the UK and abroad. Follow the link above to learn more about our services.